The British Embassy Cenotaph has been successfully moved from the old compound on Ploenchit to the front lawn of the British Club. The unveiling ceremony took place on Thursday 29th August 2019 in the presence of Admiral Anthony Radakin, British Ambassador Brian Davidson and Colonel Roger Lewis, the British Defence Attaché. The war memorial had to be moved due to the sale of the embassy compound to Central Group and its Hong Kong partner. The statue of Queen Victoria was part of the sale and will stay on site, however the ambassador’s residence wasn’t so lucky as it has already been bulldozed. Though, they say they will rebuild it in its original style in the grounds of the future shopping mall. 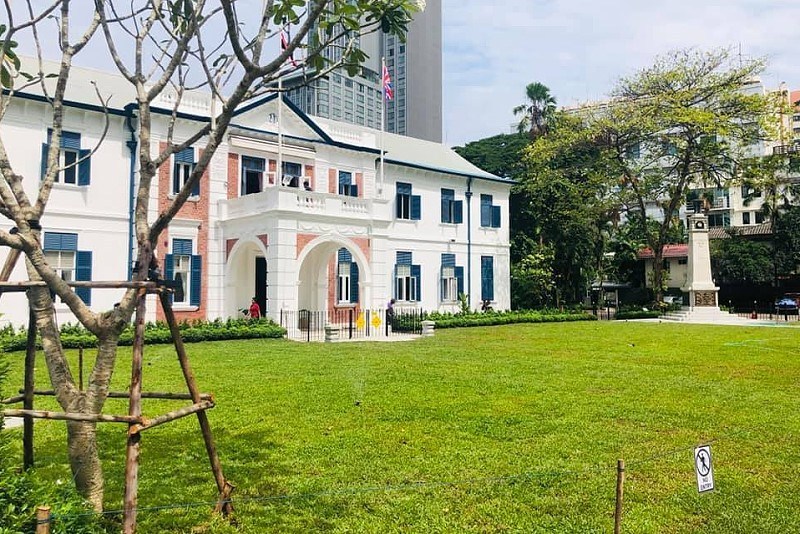 this article on Richard Barrow.