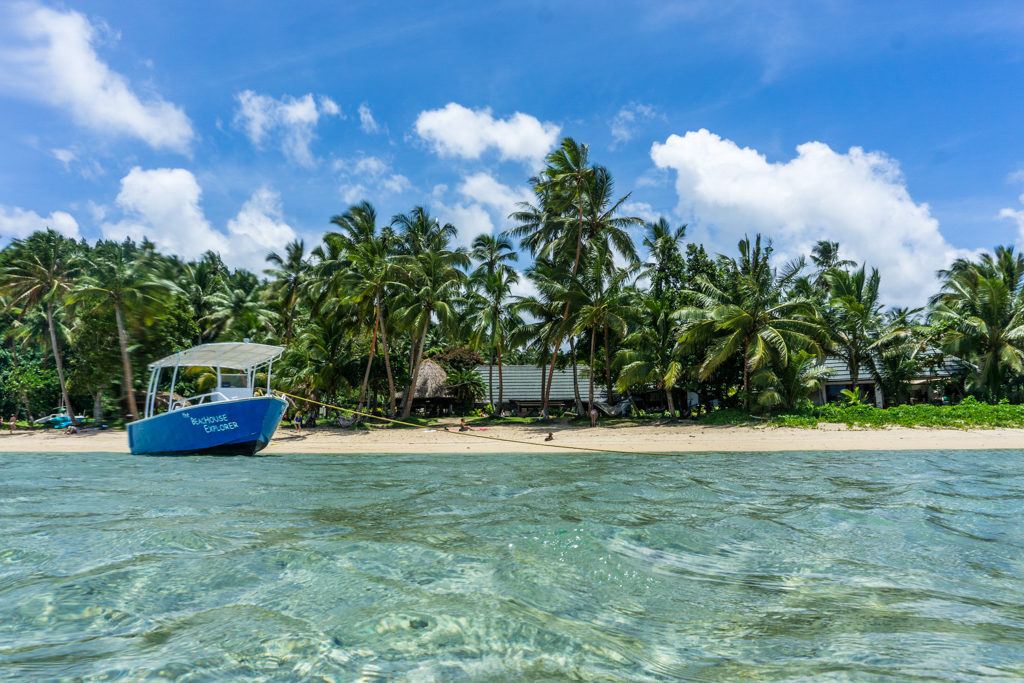 Welcome back to Living Abroad, a series that shows you what it’s like to live as an expat in cities around the world. Today, we’re chatting with Chantae, an American travel writer and expat living in Fiji.

Here, Chantae speaks honestly about the pros and cons of living in Suva, Fiji’s capital — from the insane scuba-diving to the torrential rain. Without further ado!

Quick facts about living in Fiji:

The pros and cons of living in Fiji (as reported by the author): 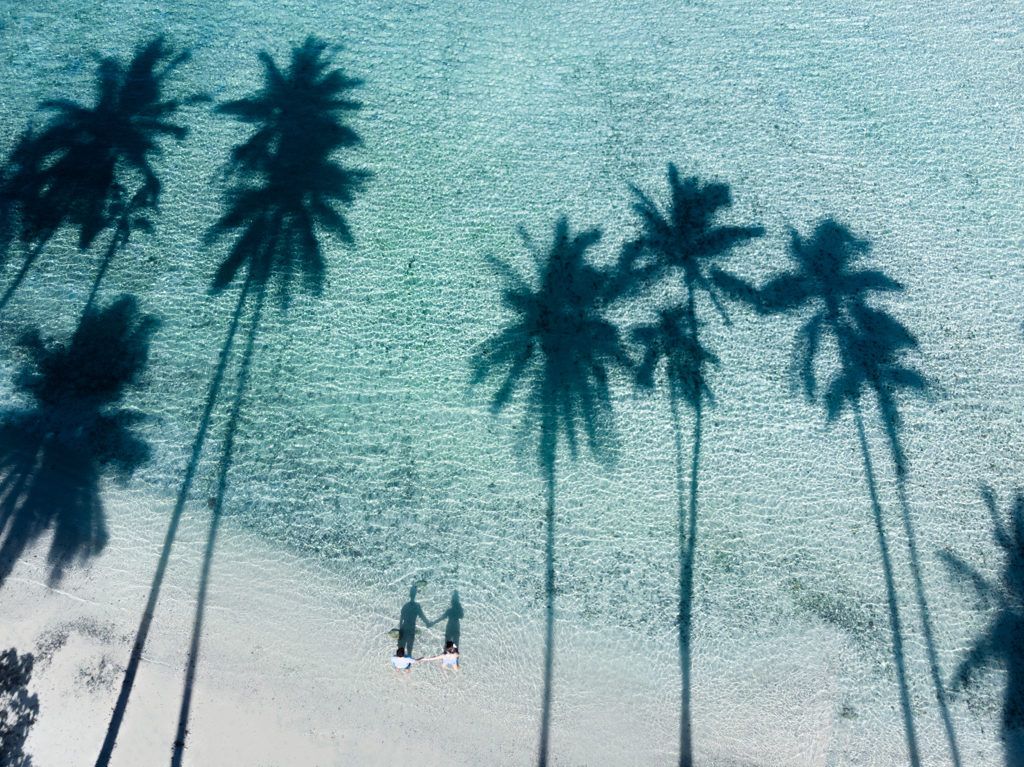 Hey! My name is Chantae and I’m a travel writer from California, USA. I live in Suva, the capital of Fiji, with my partner and cat named Pizzakat. Before moving to Fiji, I lived as an expat in Western Australia for five years.

We ended up moving to Fiji when my partner got a job opportunity to work as an oceanographer for an organization based in Fiji. As surfers, scuba divers, and freedivers, the idea of being able to be in the ocean regularly also helped us decide to move here. 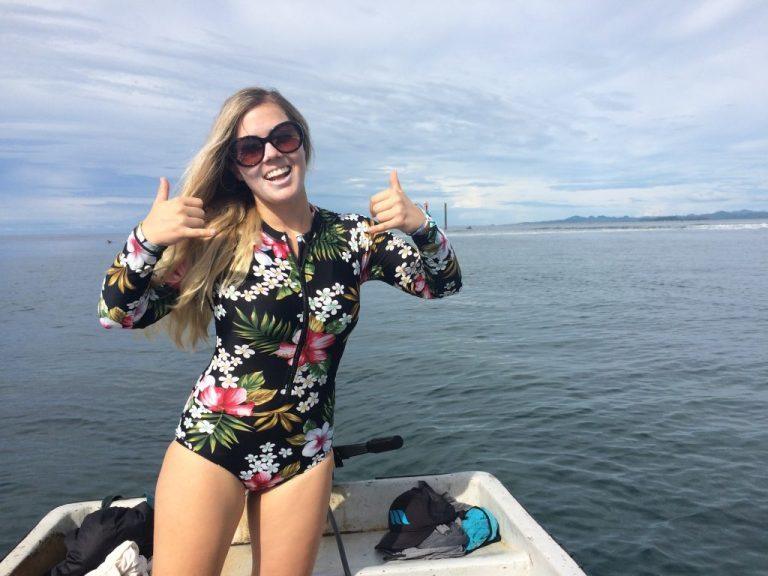 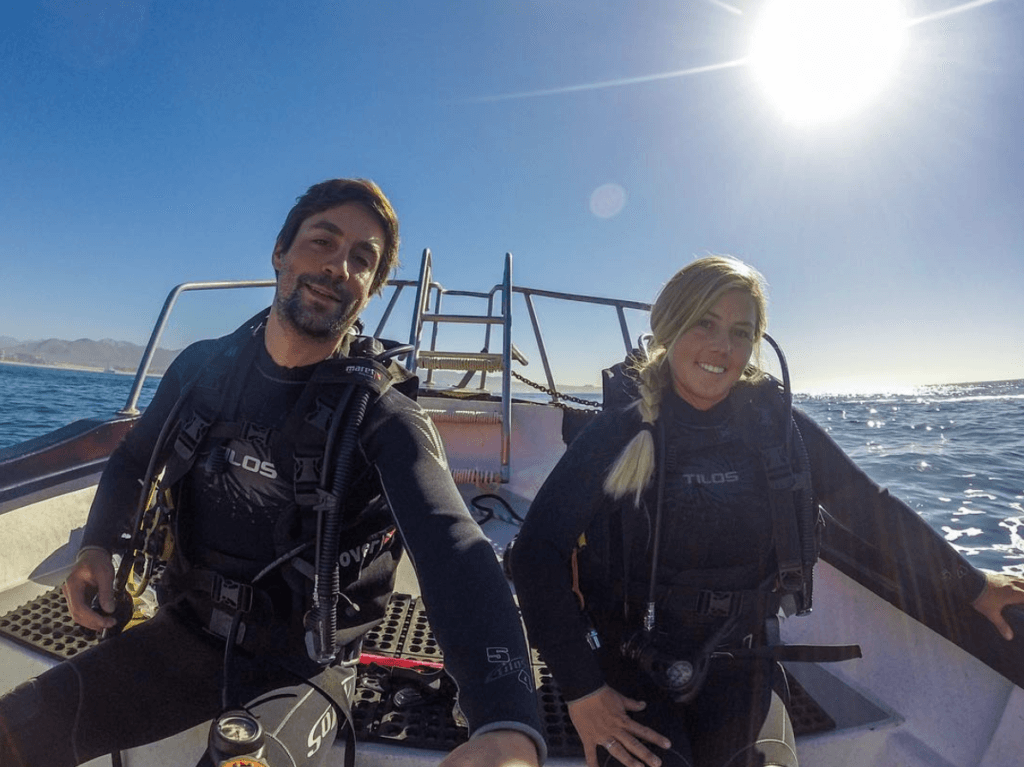 On finding work in Fiji: Most expats in Fiji work for embassies, the United Nations, or development organizations. Some also work as scuba diving instructors at resorts on the outer islands. Moving to Fiji and living indefinitely without a job will be a challenge unless you have a massive savings account and can fund frequent visa runs every four months. 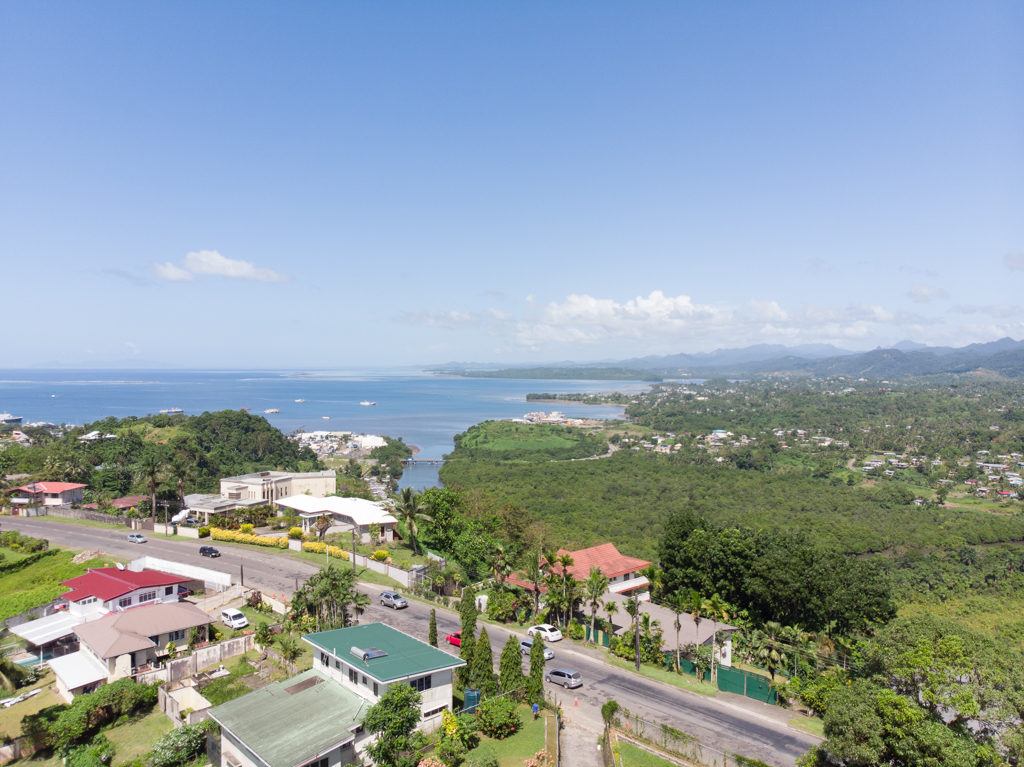 A drone shot of Suva, Fiji

On meeting locals: Fijians are really open to outsiders. If you attend a fitness class or an event, they’ll often go out of their way to invite you to the next one. I think it’s always harder to break into local cliques. Fortunately in Fiji, it’s pretty easy.

On making friends: Compared to Australia, where it took me nearly a year to find a solid group of friends, making friends in Fiji took just a few weeks. In Suva, there are so many expats on short term contracts that you almost always will meet others who are keen to be friends. Everyone is in a pretty similar position.

RELATED: How to Make Friends When You Move to a New City 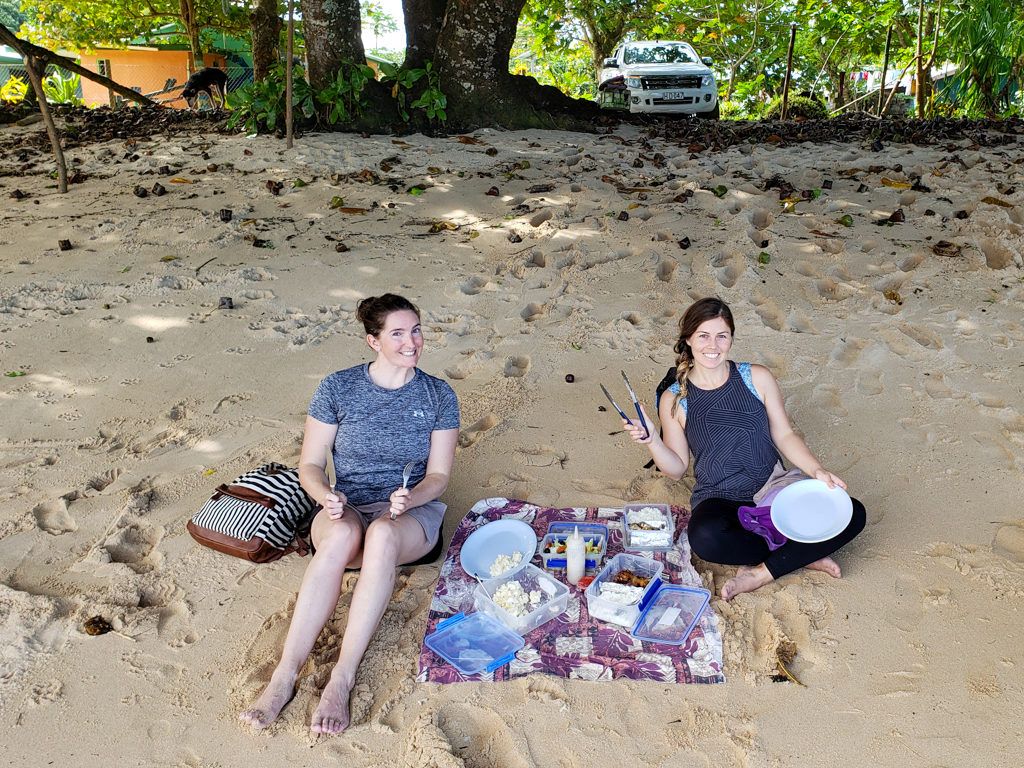 On the tight-knit community of expats in Fiji: The Fiji expat community is extremely welcoming. Those who’ve just arrived are looking to make friends and those who’ve been here a while remember what it’s like. Many expats find local partners and end up marrying, having kids, and settling in Fiji. The expat community is one big friend circle and there’s an unspoken rule that everyone is invited to everything.

The only downside on the island is that there are no secrets. If you do something in public, everyone will know about it within a few hours. Even when the power is down, the coconut wireless signal is still strong.

On living in Fiji as an American: Americans are not as common as other nationalities here. Occasionally, I get the odd question about Donald Trump or what life is like back home.  Most will forget that I’m American and instead ask, “So, when are you going back to Australia?” 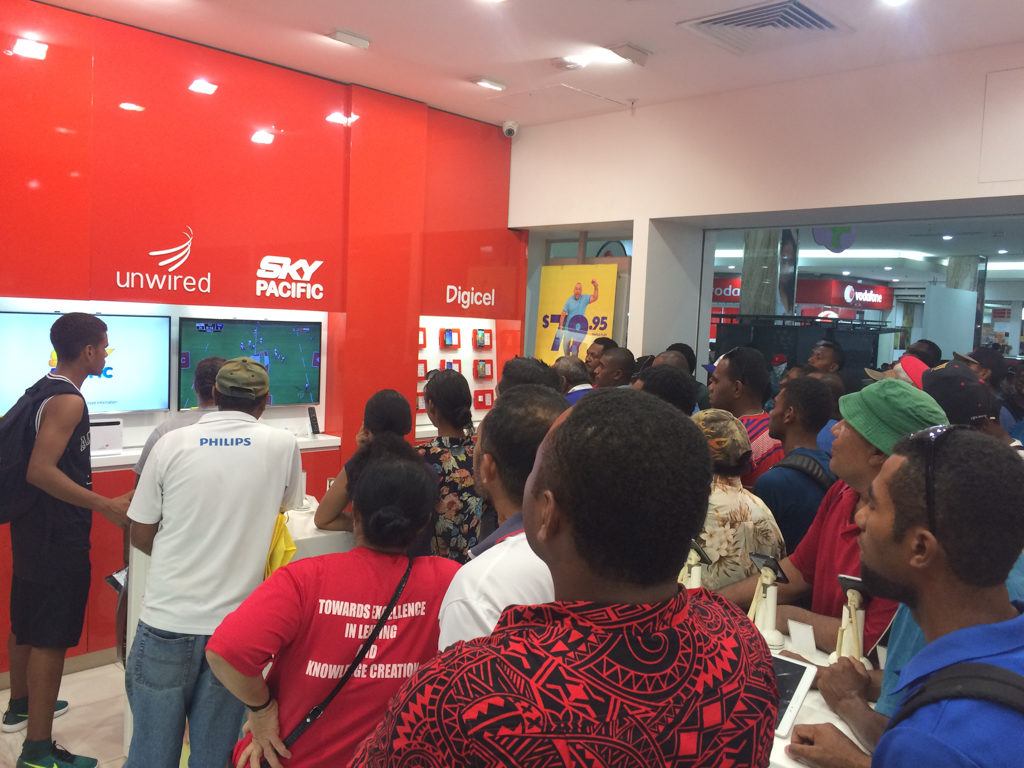 On finding an apartment: Finding an apartment in Suva is best done through word of mouth or through listings on a Facebook group called Suva Living House & Flat For Rent. Many apartments are on one-month contracts, and it’s fine to commit to one of these before you arrive. However, if you sign onto anything longer, you’ll want to check out the place in person. Photoshop and creative camera angles have had us visiting the same apartments thinking that they were different ones. You might also find out that the apartment is in an unsafe area, has critter problems, mold issues… and you won’t know until you arrive. When people find a nice place to live, they hang onto them and hand the keys over to their friends once they leave.

A drone shot of Suva, Fiji

On the marine life: Fiji’s incredible marine life is probably my favorite thing about living here. I love going for a scuba dive or snorkel and seeing all types of sharks, manta rays, sea turtles, and coral bommies where the coral changes from white to purple. I love venturing to the outer islands and finding friendly faces, white sand beaches, and a shallow reef rife with sea life.

On the weather: In Suva, we have torrential rain all year long. It feels depressing to have day after day of heavy rain without seeing the sunshine. During the rainy season, things you didn’t know could mold end up getting covered in fuzz. I love warm weather and sunshine, and loathe that the nation’s capital is on the wettest side of the island.

On the cost of living in Fiji: An interesting thing about Fiji is that some things are extremely expensive while other things are very cheap. For example, a two-bedroom apartment in the capital can easily cost $3000 FJD. Meanwhile, a pile of 10 tomatoes might cost $3 FJD. A nice meal at a restaurant costs $50 FJD, all of your produce and groceries might run around $100 FJD per person. If you only eat local products, your grocery bill will be super low. However, many foods are imported from Australia and sold at a markup. Local veggies for the week? $10 FJD total. A head of broccoli imported from overseas? $15 FJD.

Transportation in Fiji is fortunately very reasonable. You can take an air-conditioned bus from Suva to Nadi (4 hours by bus) for $15 FJD. A ten-minute taxi ride might cost $7 FJD, and the bus is about $0.50 FJD around town.

On safety in Fiji: The biggest problem that my friends seem to face is theft. Petty theft and home break-ins are somewhat common. Home security is a priority for most people who live here, and you’ll usually see bars over the windows and security guards standing at the front of the property. That being said, walking around the capital in the daytime feels perfectly fine–but I wouldn’t walk alone at night as a woman, like most cities in the world.

Outside of the cities, you’ll be in a small village or community where the vibe is usually mellow, welcoming, and safe. If you live in a village, you’ll likely be treated like family.

On the road conditions: I think the biggest danger to expats is the road conditions. Many drivers drive extremely fast and overtake in sketchy areas on a two-lane road. Most taxis will not have a working seat belt in the back seat–this is the only time in Fiji where I often feel unsafe. 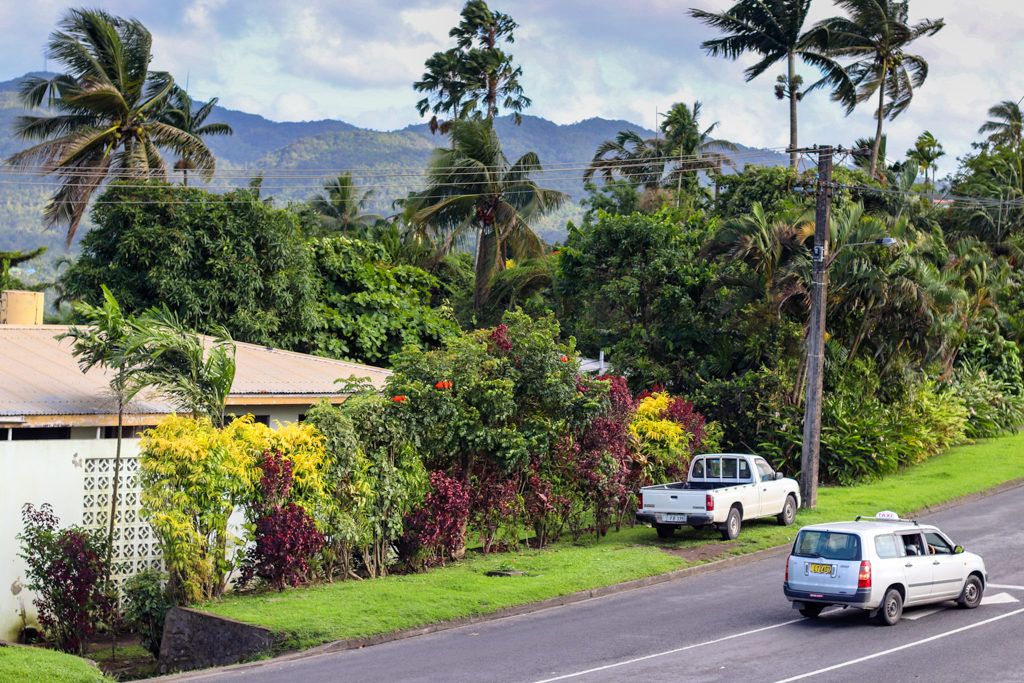 Because there is also such a large Indian influence in Fiji, there are tons of incredible Indian curries with tropical flavors. You’ll find tons of Indian restaurants in the cities with dishes like palak paneer, spiced potatoes, malai kofta, and rotis stuffed with curry sold on the streets for $1 FJD. Almost all of my favorite restaurants in Fiji are Indian. It’s so good! 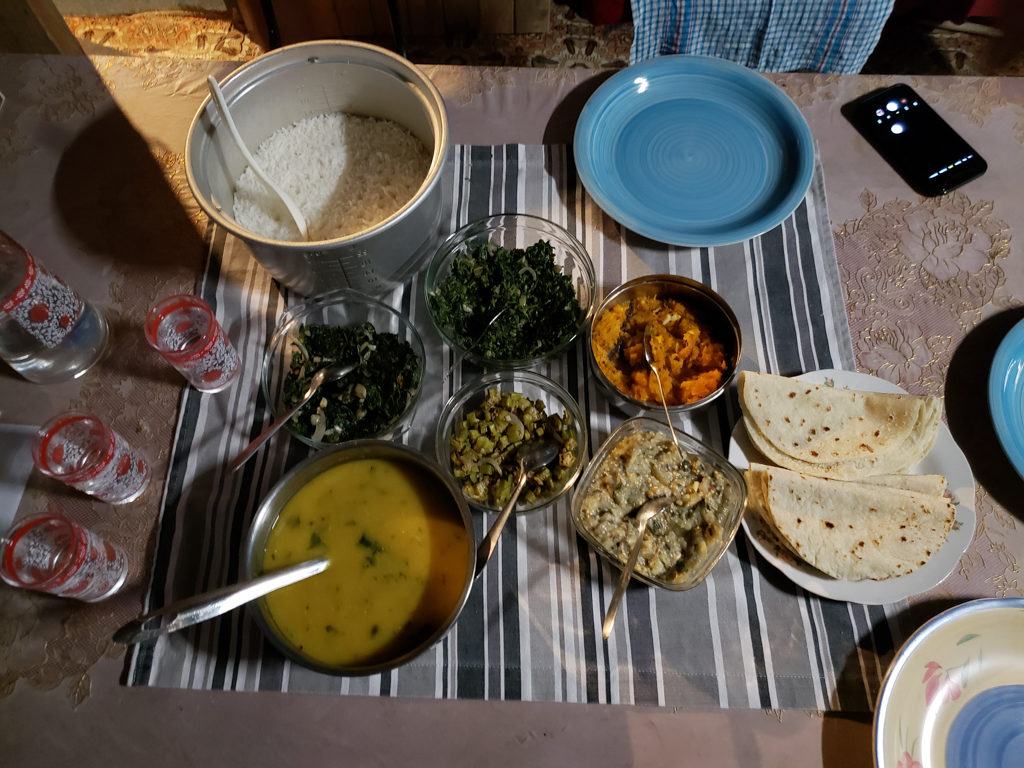 On kava: In Fiji, you have to try kava. Kava is made from pepper root and ground into a fine powder. The powder is mixed with water to create a drink that looks and tastes a bit like dirt. It’s common for locals to sit around one large bowl (tanoa) and take drinking from it with a coconut shell (bilo). It’s ceremonial and a way to spend time with family/friends. If you enter a village as an outsider, you should bring kava as a gift. It makes your mouth a bit numb and has an overall relaxing effect. 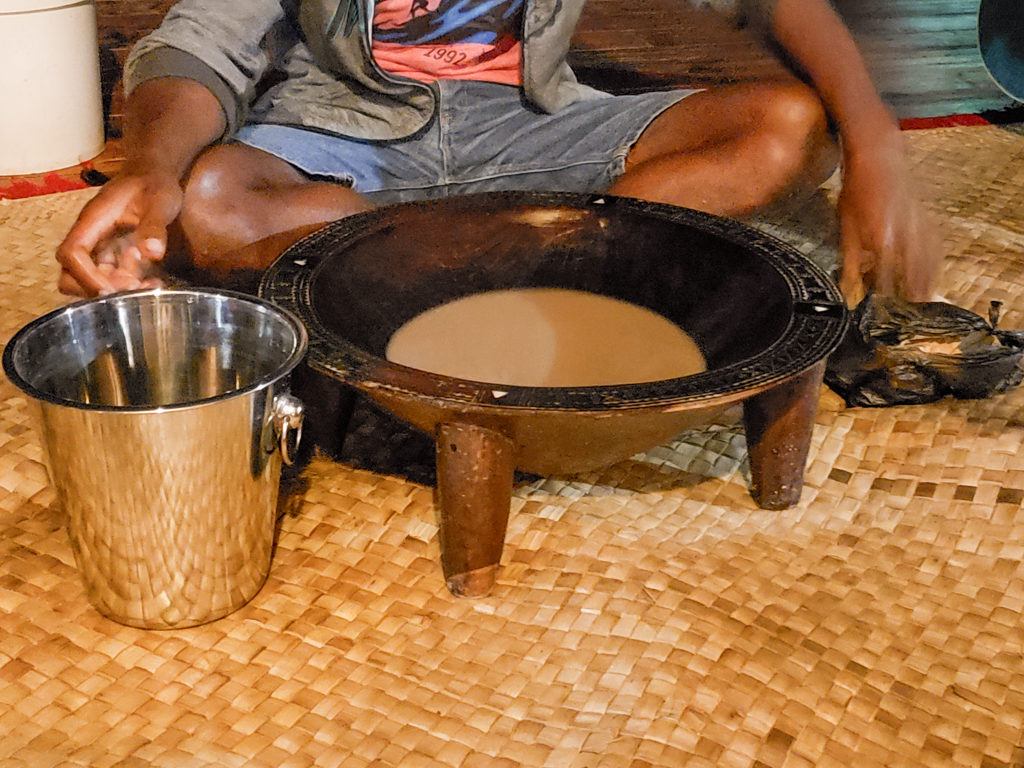 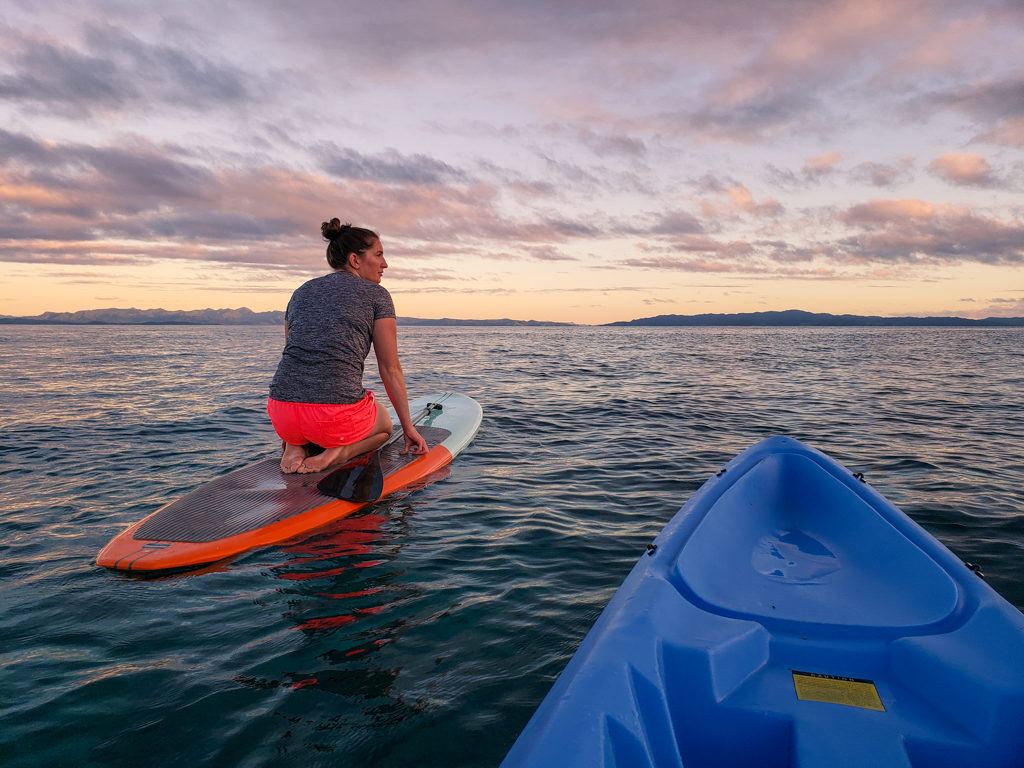 On missing home: I miss my family and friends the most. It’s an 11-hour flight from Fiji to California. I also miss having consistent power, fast internet, and shopping centers where you can get everything in a single trip. Here, you have to make a few stops to find what you’re looking for.

On what she wishes she’d known before moving to Fiji: I wish I left some of my more sentimental items with my parents, where the humidity wouldn’t get to them. The humidity in Fiji wreaks havoc on everything I own. 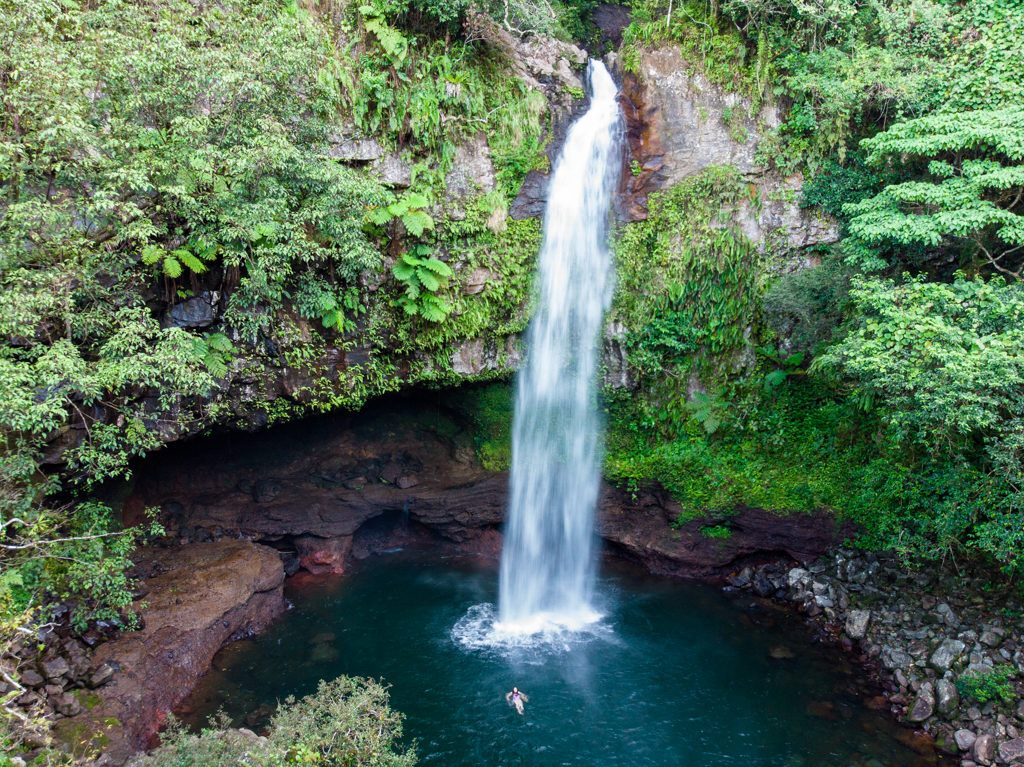 On living in Fiji overall: If you can be adaptable, open-minded, and accept that things might not always go to plan, Fiji is a wonderful place to live. People tend to be sociable, family-oriented, and often look out for one another. For example, if you’re on a bus as the only obvious foreigner, it’s common to have a few people offer to help you get off at the right stop, watch your things while you go to the restroom, offer you snacks–I think that says a lot about the community. 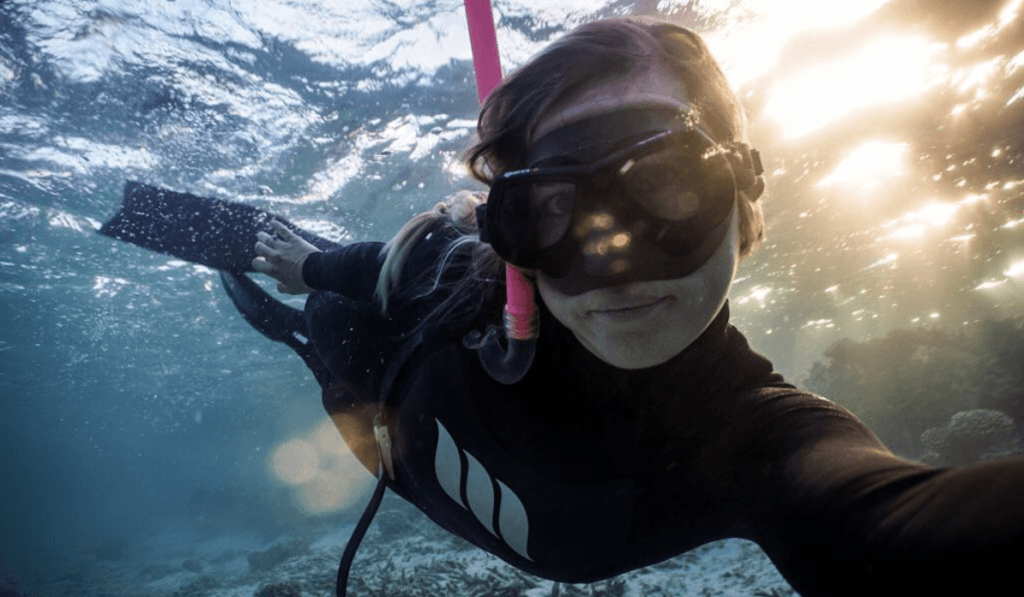 Thanks so much, Chantae!